Here's a quick update on the progress of the Spelling Bee dress.  So far it has been going swimmingly...well except the issues I have been having with the velvet, but that is to be expected.  The bodice and underskirt are pretty straight forward as I followed the patterns without any mutating.  Well, except I Frankenpatterned the front and back of the bodice by using two different patterns, but in this instance it was no big deal...Huzzah!!! 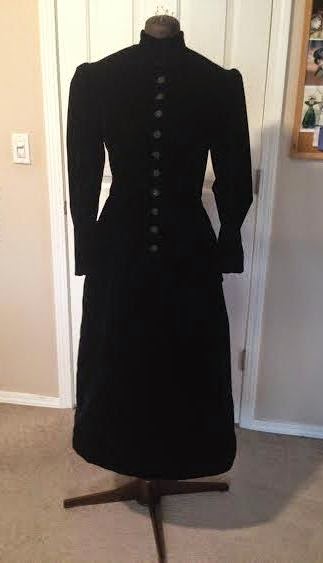 Oh my does velvet not lend itself at all to being photographed!!  But you can get the general outline and idea of the dress 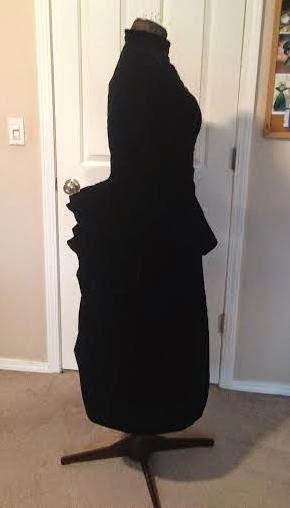 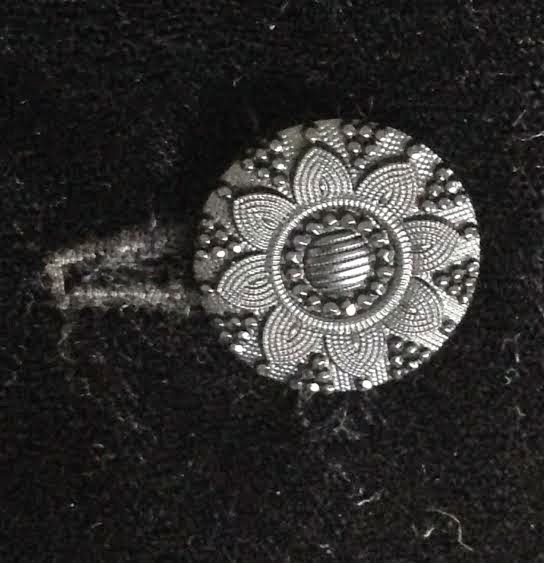 Adorable buttons I found at JoAnn's.  I wanted a flower shaped button because I'm going to be a bee and bees love flowers!  Huzzah for JoAnn's!!! 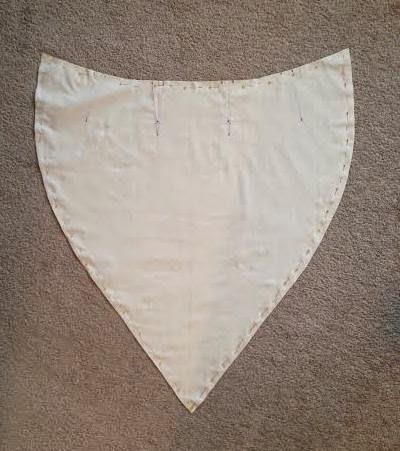 Here is where the dress started giving me some issues.  You see I had to draft the overskirt which was really no problem.  Where the problems started arising was where I had to use my most hated 4 letter word...MATH.  Ugh!  I had to try to figure out how far apart to space the stripes of velvet and where to start the stripes and multiply that by the length from where I would start the stripes and the point of the stinger...my poor brain started to melt.  99.9% of the time when I do a dress of hat project, I eyeball everything because that is what I can do.  Math baffles me.  But with this stinger overskirt, I had to get the stripes very even because hello!!!  black and yellow leave very little wiggle room.  I did over come the math issue and things started to go well.

After about 4 hours of trial and error, I decided that the stripes should be 2" wide.  I tried pinning the velvet stripes (I used the velvet from the dress) to the overskirt, but found that the silk buckled and puckered really badly and was super ugly.  So, a brilliant idea hit me in the face.  I would purchase 2" wide black satin ribbon, hand sew that to the silk then hand stitch the velvet on top of the ribbon.  The ribbon worked as a fabulous pattern and template for the velvet and the crying and sadness that was about to consume me was abated!! 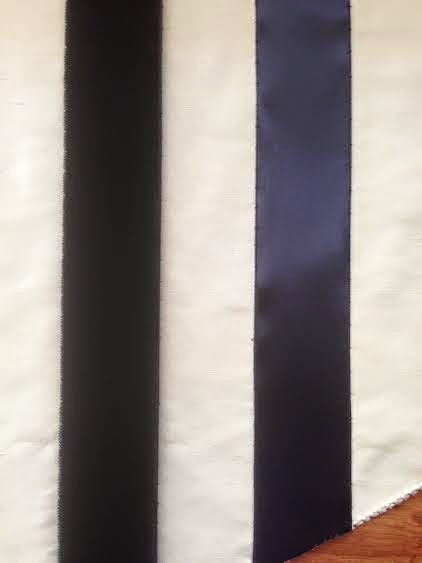 The sewing of the stripes in progress.  On the left is the velvet stripe sewn over the ribbon...on the right is the ribbon.  I will have to remember this for future reference! 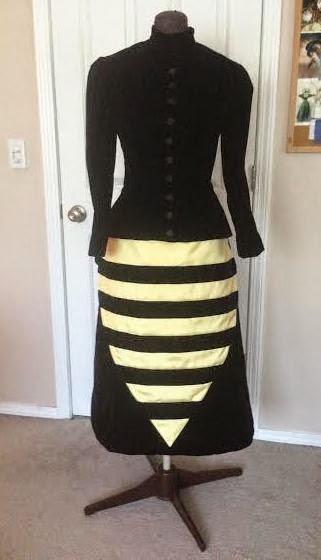 Almost done!  Now all that's left is the bustling for the back and the pollen pom poms for my shoes!!  Too fun!!!

Be blessed my friends!!

Email ThisBlogThis!Share to TwitterShare to FacebookShare to Pinterest
Labels: 1884, Masquerade, projects in the making, Spelling Bee