A Trip To Demeter's Temple

"I went to my temple to see if anyone had left tribute.  Alas, it seems as if the people of Spokane have forgotten the graceful Demeter.  Now I have to decide if I will allow them to harvest their crops in peace or if I should sent a blight upon them."  Naaaaaaa....let 'em harvest away!!!  hahahahahaha!!!  This was the story I told anyone who asked why I was dressed up and who I was supposed to be.  That was totally fun.  Anyway, The gardens at Maniteau Park are so incredible.  And they have this super neat-o temple like structure that I thought would make a fabulous backdrop for this dress!! 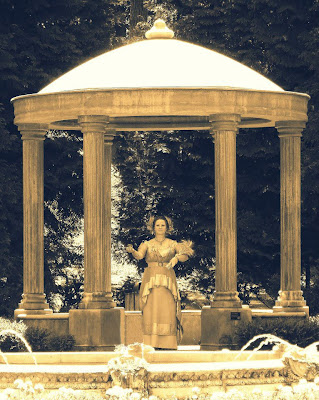 Striking a pose that I have seen statues of Demeter striking..... 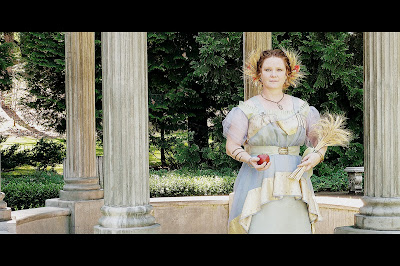 I had fun playing with Picasa for these pictures.  I really wanted the illusion of old postcards or ephemera. 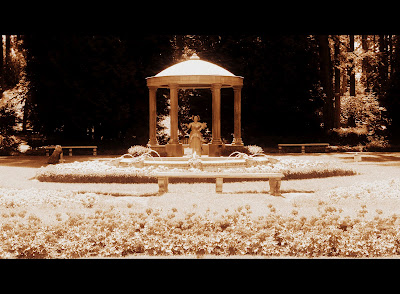 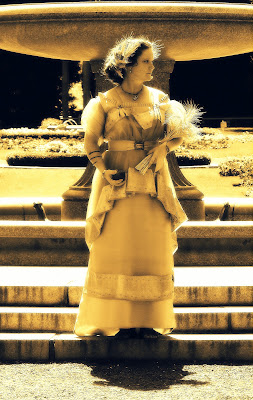 Ever since watching "Immortals" I have loved the idea of the gods and goddesses being golden hued while they are on Olympus.  So I made me golden! 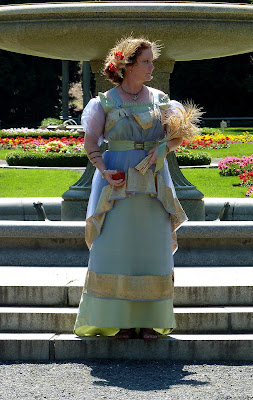 In several of the images I found of Demeter, she was holding a sheaf of wheat, so out of the wheat I gleaned from the harvested field, I made one for this shoot.  One of the statues I found of her portrays her holding an apple as well. 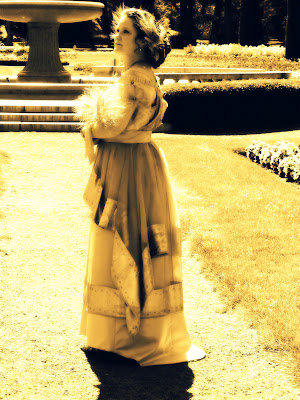 I like the way the train just sort of puddles at the back. 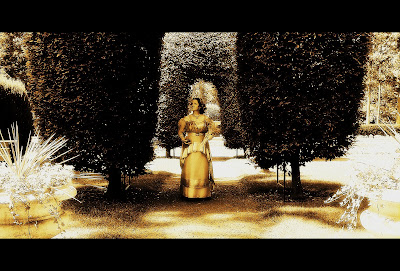 I love how this tweaked picture seems almost unreal. 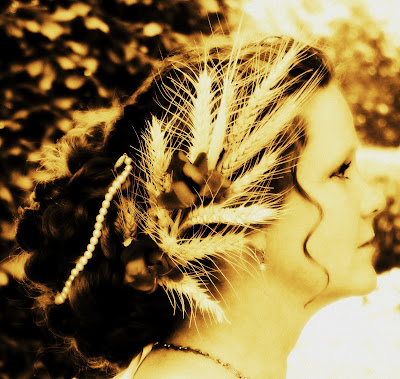 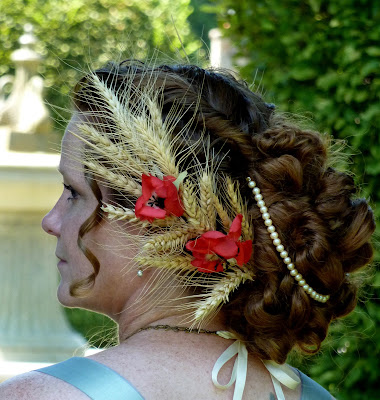 Here you can see what I meant by not needing the wheat to go all the way around the headband.  My hair was pulled up over the headband, anchoring it to my head, then the hair piece was pinned on as well. 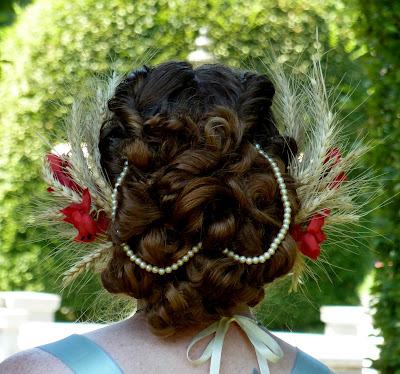 My sweet Mama pinned my pearls in place!!  And took the pictures!!  Thanks Mama!!!

Here are the rest of the pictures on flickr