Starting on a Huge 1912 Hat for Mom's Croquet Dress!

Since Mom's dress is almost complete for the Museum Comes To Life event next Saturday, I thought I would begin working on her hat.  I adore hats as those of you who read this blog know.  The hat is my favorite part of the whole outfit!!  I was actually pretty proud of myself on this ensemble as I didn't do the hat first!!  I had a most fabulous inspiration plate in my collection of fashion plates that I caught my eye for a hat for mom and have started the process of making a hat worthy of the hugeness of the Titanic era! 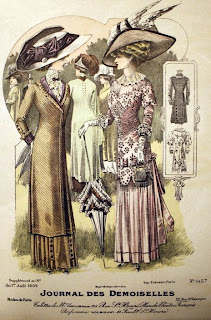 Inspiration plate.  I LOVE the utter hugeness of both of these hats.  The large bow and turned up back of the hat on the left and the colossal wings on the right one... 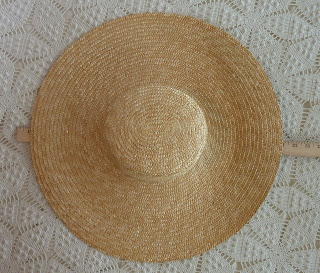 I found this hat at the Salvation Army about 4 months and it has been waiting to be turned into a colossal hat.  It measures a whopping 20" across all the way around!!  Laaaaaaaaaa!!!!! 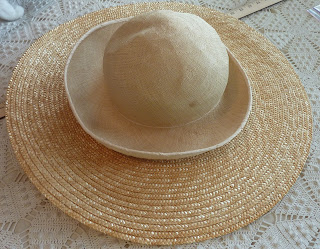 I did not like however, the small crown.  I had purchased another hat from The Assistance League of Boise about 5 months ago and loved the crown for both its potential size and what it was made of.

After separating the crown from the brim, I steamed and shaped the crown to the size I wanted it to be. 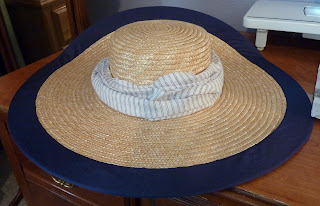 After wiring and binding the outer brim of the hat, I had to get creative with the crown.  To make up for the open air space between the old crown and new crown, I used some scrap linen fabric and just wound it around the old crown, securing it by tacking down. 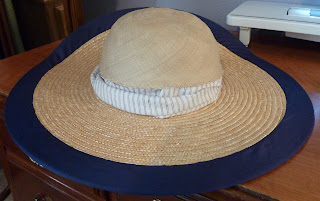 The new crown sitting atop the old crown. 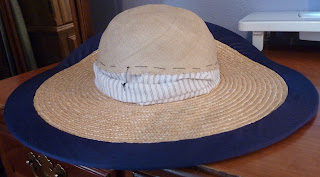 I tacked the new crown down to prevent slippage! 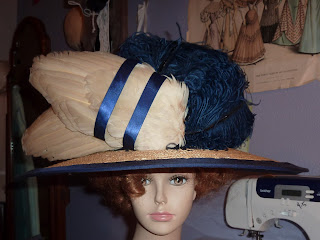 Just playing around with the feathers!  I adore the HUGE white wings and plan on just pinning those in place with straight pins so they can be used on other hats in the future. 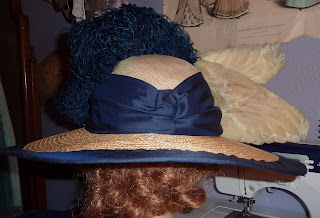 Here you see the cool new crown.  I tomorrow I'll make a blue silk bow to hide the ugly binding back. 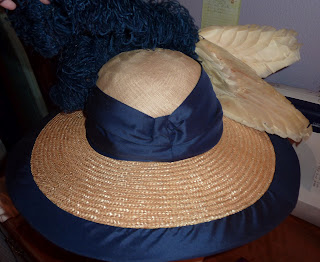 Looks so much different from what it started out as!! 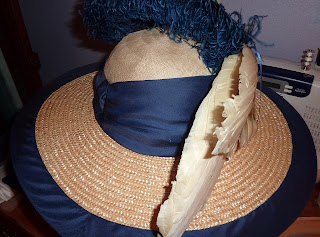 Email ThisBlogThis!Share to TwitterShare to FacebookShare to Pinterest
Labels: 1912, hat, projects in the making, Re-purposing, teens, The Museum Comes To Life, thrifting